Ireland outperformed the EU average in reducing road deaths in 2012. Ireland reduced road deaths by 12% in 2012 compared to an EU average rate of 9%. According to the Commission’s figures, 2012 saw the lowest number of people killed in road traffic in EU countries since the first data were collected. Vice-President Siim Kallas, Commissioner for transport, said, “2012 was a landmark year for European road safety, with the lowest ever number of road deaths recorded. A 9% decrease means that 3,000 lives were saved last year.

It is hugely encouraging to see these kinds of results. Still 75 people die on Europe’s roads every day, so there is no room for complacency. We have ambitious goals to cut EU road deaths in half by 2020 and we need to keep up this momentum to get there. EU reports show that the number of road deaths still varies greatly across the EU. The countries with the lowest number of road fatalities remain the UK, Sweden, the Netherlands and Denmark, reporting around 30 deaths per million inhabitants.

Ireland reported 36 deaths per million inhabitants in 2012. According to the Commission, Ireland is also in line with the EU target to cut road deaths in half by 2020. Therefore it is of considerable importance new drivers to the country are familiarized with road signs and marks, which can be ambiguous in some cases. 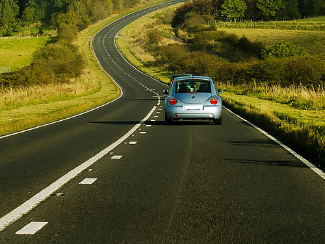 The course will enhance:

The course will be split into 2×2 hour sessions. It will give a greater knowledge of the quality of Irish Drivers, Defensive Driving and the Rules of The Road.