Speeding (i.e. driving above the speed limit) and inappropriate speed (driving too fast for the conditions, which relates to the driver, vehicle, road and traffic mix rather than the speed limit) are almost universally recognized as major contributory factors in both the number and severity of traffic crashes. In Ireland in many areas as in many countries, speed limits are set at levels that are too high for the roadside conditions and the mix and volume of road users, particularly where there are many pedestrians and cyclists. Safe travel conditions cannot be achieved in these circumstances. Speed management policies and programmers will play a key role in any effort to improve the country’s road safety record. 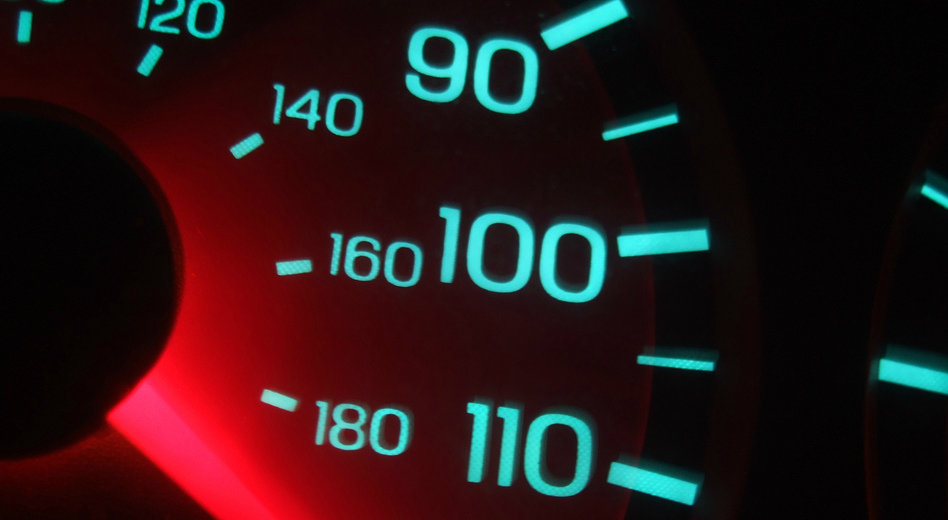 The management of drivers’ speed involves a wide range of measures including setting and enforcing speed limits, engineering measures designed to reduce speeds, and public education and awareness campaigns, commonly known as the 3 E’s Enforcement, Engineering and Education. Ireland tends to lean heavily towards Engineering and Education. Many countries including Ireland also require speed limiters be fitted to vehicles such as buses and lorries. There is now a vast library of information available on the subject of speed management (and traffic ‘calming’) so the question of ‘what to do and where’ can be daunting.

Speed has been identified as a key risk factor in road traffic injuries, influencing both the risk of road traffic crashes and the severity of the injuries that result from them Higher speeds lead to a greater risk of a crash and a greater probability of serious injury if one occurs. his is because, as speed increases, so does the distance travelled during the driver’s reaction time and the distance needed to stop. Also, at speed, the effects of drivers’ errors are magnified. In a crash, the higher the speed the greater the amount of mechanical (kinetic) energy that must be absorbed by the impact. Hence, there is more likelihood of serious injury. According to research harmful injury is the result of ‘energy interchange’. During a collision, injury results from the transfer of energy to the human body in amounts and at rates that damage cellular structure, tissues, blood vessels and other bodily structures. his includes kinetic energy, for example when a motor vehicle user’s head strikes the windshield during a crash. Of the various forms of energy – kinetic, thermal, chemical, electrical and radiation – kinetic energy transfer is the biggest contributor to injury. It is useful for road traffic injury prevention researchers and practitioners to understand the biomechanics of kinetic energy injuries. This will help them develop measures that will limit the generation, distribution, transfer and effect of this energy during a road traffic collision.

Regardless of whether the kinetic energy is generated by a motor vehicle crash, a gunshot or a fall, the force to which human tissue is subjected on impact is the product of the mass and velocity involved. The kinetic energy to be absorbed equals one half of mass multiplied by the square of velocity – illustrating that the effect of velocity is greatly enhanced as velocity increases. he level of damage to the body will depend on the shape and rigidity of the colliding surface or object, but velocity usually plays the most critical role.

In a crash, it is physically impossible for any occupant to securely hold an unrestrained object, such as a child. In a collision of just 50 km/h, the child’s weight will effectively increase by 20 times and a 5 kg baby will appear to weigh 100 kg within a split second. Vulnerable road users such as pedestrians, cyclists, moped riders and motorcyclists have a high risk of severe or fatal injury when motor vehicles collide with them. his is because they are often completely unprotected or, in the case of a motorcyclist, have very limited protection. The probability that a pedestrian will be killed if hit by a motor vehicle increases dramatically with speed.

Higher speeds increase the risk of a crash for a number of reasons. It is more likely that a driver will lose control of the vehicle, fail to anticipate oncoming hazards in good time and also cause other road users to misjudge the speed of the vehicle. It is clear that the distance travelled in a given time – and so the distance travelled as a driver or rider reacts to an unsafe situation on the road ahead – is greater for travel at a higher speed. In addition the stopping distance for a vehicle, after a driver reacts and brakes, will be longer at a greater travel speed.

There are many reasons why individual drivers speed. Travelling at higher speeds offers the immediate ‘reward’ (as a perception, if not in practice) of a shorter journey time. his benefit is reinforced every time a driver undertakes a journey and travels above the speed limit without any adverse consequence. Importantly, while speeding is involved in a very high percentage of serious and fatal road crashes, from an individual driver’s point of view, the chance of having a serious crash as a result of exceeding the speed limit is quite low, so the speed-crash threat may be less of a consideration by drivers compared with the speed-penalty threat.

The circumstances of individual trips can influence a driver’s choice of speed. For example, if the vehicle is owned by an employer, the driver may be tempted to drive at higher speeds. When an individual is under pressure or feels the need to rush, unsafe speeds may be selected. Sometimes drivers and riders speed just for fun.

Most drivers consider themselves above average in terms of skill. A number of surveys conducted in various countries around the world demonstrate that up to 90% of drivers think they are an above average, a low-risk driver. For that reason, drivers believe they can travel above the limit and not place themselves at high risk. In any event, many regard the limits as arbitrary and do not fully understand the greater risks associated with even small increases in speed. Additionally an important factor in many countries is pressure that is applied by fleet managers and employers to be more productive (i.e. drive faster) while public transport operators and the drivers themselves come under pressure to stick to challenging timetables, and even race to pick up passengers and goods.

What is Speed Management?

Speed management encompasses a range of measures aimed at balancing safety and efficiency of vehicle speeds on a road network (6). It aims to reduce the incidence of driving too fast for the prevailing conditions, and to maximize compliance with speed limits. An appropriate speed, in the context of a Safe system, is a speed level that considers traffic safety as the main goal, in the context of mobility and prevailing conditions such as roadside development, the mix of users along the road, the frequency of access to the road (including intersections), the volume and mix of traffic, environmental concerns and the quality of life for residents living along the road.

Speed management aims to reduce the number of road traffic crashes and the serious injury and death that can result from them. Speed management needs to employ a range of measures that will include enforcement, engineering and education. he more widespread the measures, particularly enforcement, and the greater the range, severity and implementation of sanctions against speeding, the more compliance will result. To achieve wide public acceptance of enforcement, speed limits need to be appropriate – and recognized as such by the public.

In considering how to influence speed, it is of value to be aware of factors affecting drivers’ choice of speed.
Factors that can affect speed choice are as follows: Driver factors, Vehicle Factors, Speed zone/limit, Education/promotion, Road factors, Enforcement and sanctions, Crash and injury risk, and traffic conditions.

Speed limit selection is a critical indicator of the safe speed for that section of road. This imposes a substantial responsibility on the limit-setting authority.

Promoting a successful speed management programme following a Safe-system approach clearly has many benefits. he most obvious one is of course the reduction in the number of deaths and injuries resulting from crashes.

During the 1973 fuel crisis, the New Zealand government reduced rural speed limits from 55 mph (88 km/h) to 50 mph (80 km/h), leading to an 8–10 km/h reduction in average rural speeds. The drop in speed led to a significant drop in injuries, as compared with urban roads which were unaffected by the speed limit change. On main intercity roads the number of deaths dropped by 37%, serious injuries decreased by 24% and minor injuries decreased by 22%. The corresponding reductions for urban areas were 15%, 9% and 4%.